For Portonovi Resort, the festive winter season was extremely successful. A large number of visits, millions of views on the internet, the Festive Market with numerous delicacies, along with the organization of large concerts and the extraordinary Light, Laser & Music Show, which was available for visitors’ enjoyment for five days, and attracted thousands of people. The festive magic continued last night, with a concert by Amira Medunjanin, to the delight of a large audience and fans of sevdah and jazz.

Commenting on the attendance at the resort, the Director of Marketing and Communications of Portonovi Resort, Adriana Husić, pointed out that they also recorded a large number of tourists from abroad because of the organized program and the decorations in Portonovi.

"Concert of the band Perper was a symbolic opening of the festive season, and we end it with concerts by Amira Medunjanin and Petar Grašo on January 7th. That is sort of an end of this part of the season, while Herceg Novi is famous for the Mimosa Festival, so the spirit of celebrations will continue,” she said.

"I am delighted with the energy and reaction of the audience. I will never forget these moments in Portonovi," said Bosnian singer-songwriter Amira Medunjanin after the concert.

She also pointed out that she has loved traditional sevdah music since a very young age and that jazz is her second love, which she has included in her repertoire over time. She also wished everyone lots of love and good health in the coming year, emphasizing it as the only important thing in life.

The festive program began with the lighting of the largest New Year tree in Montenegro on December 3rd and ended on January 7th with the concert by Petar Grašo and the closing of the Portonovi Festive Market the following day. 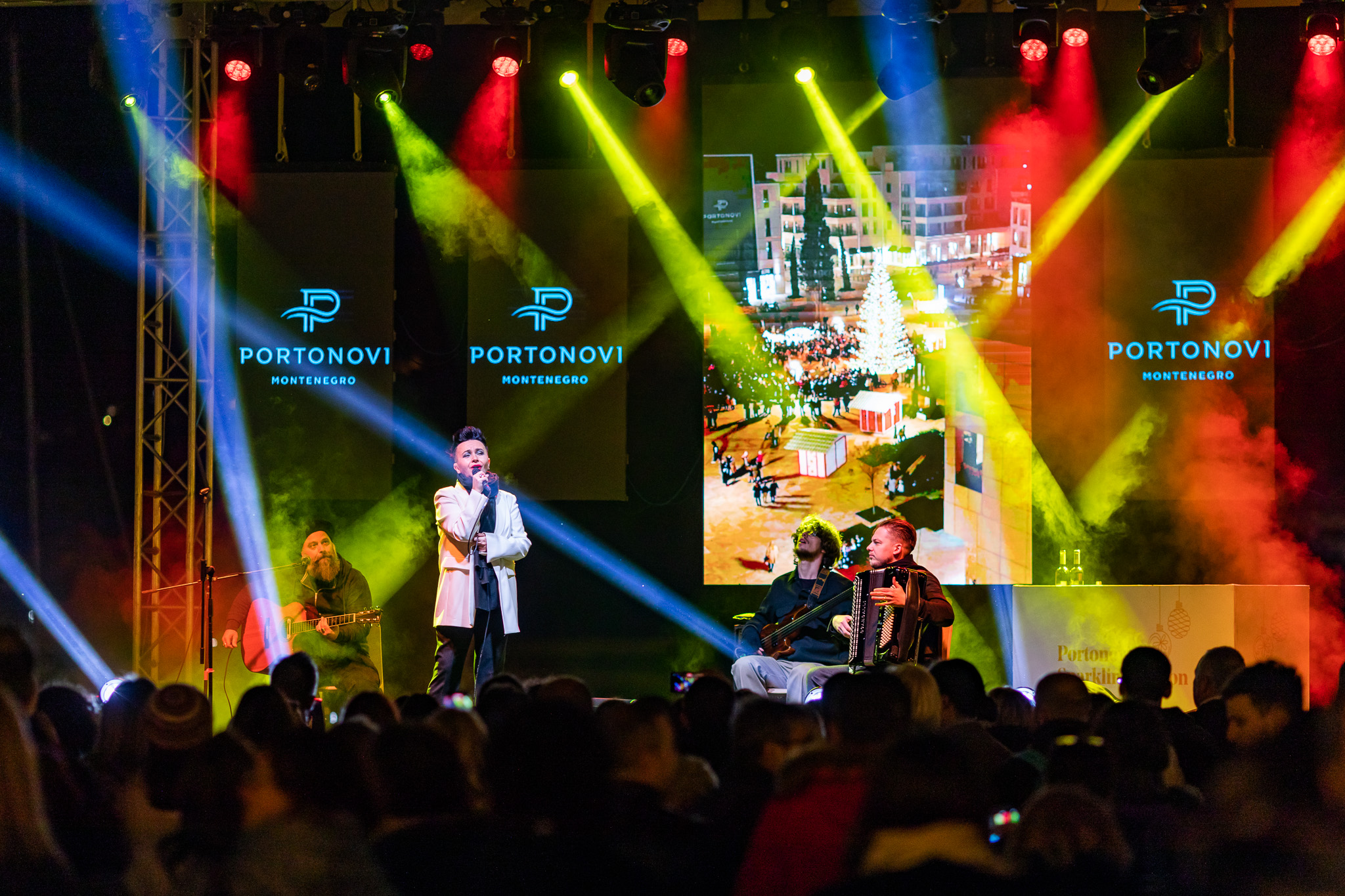