Denis Trufanov is the winner of the Portonovi Aquathlon, held in the Portonovi Resort in cooperation with the Herceg Novi Triathlon Club.

Aquathlon is a combination of two basic sports - swimming and running.  After swimming 1,000 meters and running 5,000 meters, Trufanov triumphed in a time of 36 minutes and 22 seconds.

"I am satisfied with the way I finished the discipline. Swimming is my sport, but I found it difficult to swim against the currents and waves made by ships. I came out of the water a little tired, and for a man who never runs, I did my best. I had problems with cramps, but I survived," said Gargović.

Dragan Jovanović from Kotor Triathlon Club was the third on the winners' podium.

In the women's competition, Aleksandra Tot from Kotor Triathlon Club was the fastest (47.26).

There were 41 competitors in the first Portonovi Aquathlon.

The swim lane was right along the coast, while the competitors ran through the main streets of the luxury resort to the helipad at the southernmost part of Portonovi Marina. The finish line of the race was in Marina Square.

There was also a 1,000-meter open-water swimming competition as part of the sports and recreational event. The first to reach the finish line was Vasilije Andrić from Jadran Swimming Water Polo Club, and he won in a time of 13 minutes and 13 seconds.

"I am satisfied with how I did. The organization was great. There were no significant disturbances, currents, and waves, all in all, it went great," Andrić said.

The best competitor in the women’s competition was Bojana Marjanović from Serbia (18.39), who had the sixth time overall. Tamara Lepetić from Herceg Novi Triathlon Club finished in seventh place, six seconds slower than Marjanović.

Filip Vujadinović, the Manager of the Portonovi Training studio, said that he was satisfied with the response of the participants and the organization of the event.

"A large number of events were organized in the Portonovi Resort this year, and we are glad that the local community is also involved. In addition to local competitors, competitors from other Montenegrin cities and Croatia, and Bosnia and Herzegovina participated in the Aquathlon. We are trying to raise awareness about the importance of healthy lifestyles," said Vujadinović.

The organizer announced that the sports-recreational manifestation, Portonovi Aquathlon, also had a humanitarian character, and all income from participation fees is to be allocated to charity.

The Secretary of the Herceg Novi Triathlon Club, Marko Tomašević, said that he was extremely satisfied with how everything went.

"The impressions of all competitors were positive. As organizers, we are also satisfied that everything went well. We want to thank Portonovi company for trusting us and for wanting the event to be organized in the beautiful surroundings of the Portonovi Marina and the Portonovi complex," said Tomašević. 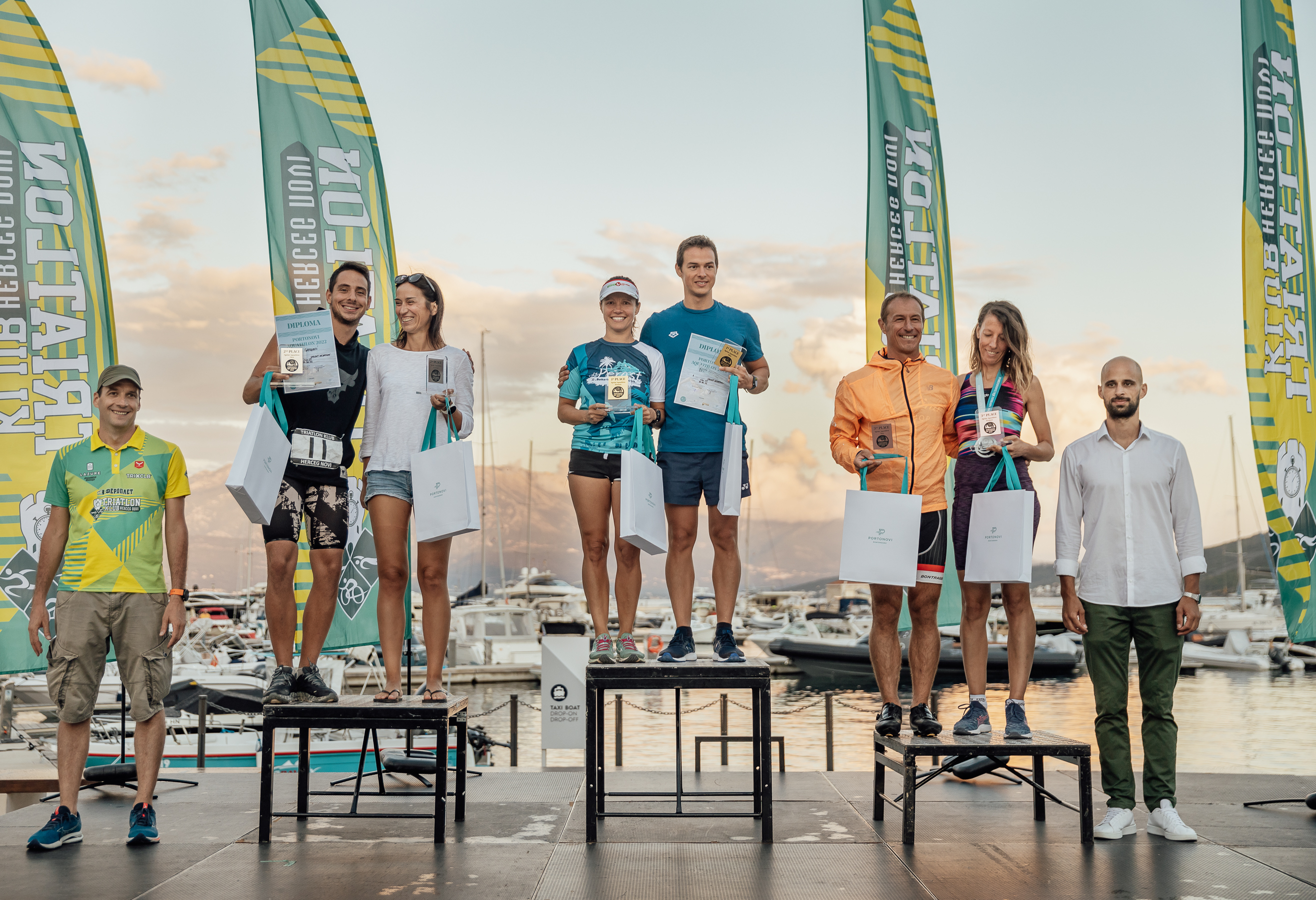