Member of the Sparta Athletic Club from Podgorica, Željko Dabović from Herceg Novi, and Slađana Pejović from Nikšić Athletic Club are the winners of the Portonovi New Year's Run sports and tourism event.

In a five-kilometer race under floodlights, in the pleasant atmosphere of Portonovi Resort, Dabović finished the run in 16 minutes and 16 seconds.

Pejović, a Montenegrin Olympic athlete and record holder in multiple running disciplines, won with a time of 18.52 minutes.

In the general ranking, in the overall competition, her result was in third place.

The second place was won by Jekatarina Savkina (19.30), a Russian, while Andrea Valeska Korać from Herceg Novi Triathlon Club was third on the podium in the women's competition (21.29).

In the five-kilometer race, there were 100 competitors, 85 of which crossed the finish line.

The main event was preceded by the children’s run, with more than a hundred participants.

The Director of Marketing and Communications at Portonovi Resort, Adriana Husić, said that the event gathered hundreds of participants.

"New Year's Run is traditionally held around the world, and this year, for the first time here. We organized a race for the youngest but also for those older. The most important thing is that everyone enjoyed themselves, and when it comes to the children, everyone was a winner," said Husić.

The Secretary of Herceg Novi Triathlon Club, Marko Tomašević, said the day was full of laughter and happy faces.

“Boys and girls were divided into three categories. They ran throughout the resort and created a great atmosphere. It was an overture into the race of the older participants who ran across the resort two and a half times. That was a fantastic event,” said Tomašević.

He emphasized that 85 competitors completed the five-kilometer race.

“I am very happy to have had the opportunity to see some famous people among the competitors, such as athletes Dabović and Pejović, as well as numerous recreationists who came to have fun and compete,” said Tomašević.

The Manager of the Portonovi Training Studio, Filip Vujadinović, said that the New Year’s Run is another successfully organized sports event in the resort after the Portonovi Aquathlon held in September.

“It is our great pleasure that we managed to organize another sports event in our resort. A large number of participants and great interest make us truly happy. We are sorry that we weren’t able to give everyone the opportunity to participate, but we hope that we will be their hosts at some of the sports events in the future,” said Vujadinović.

He also said he was pleased with such a large number of contestants.

“I am happy to see people turning to healthy lifestyles and sending a good message to the younger generations,” said a long-time karate player and karate representative. 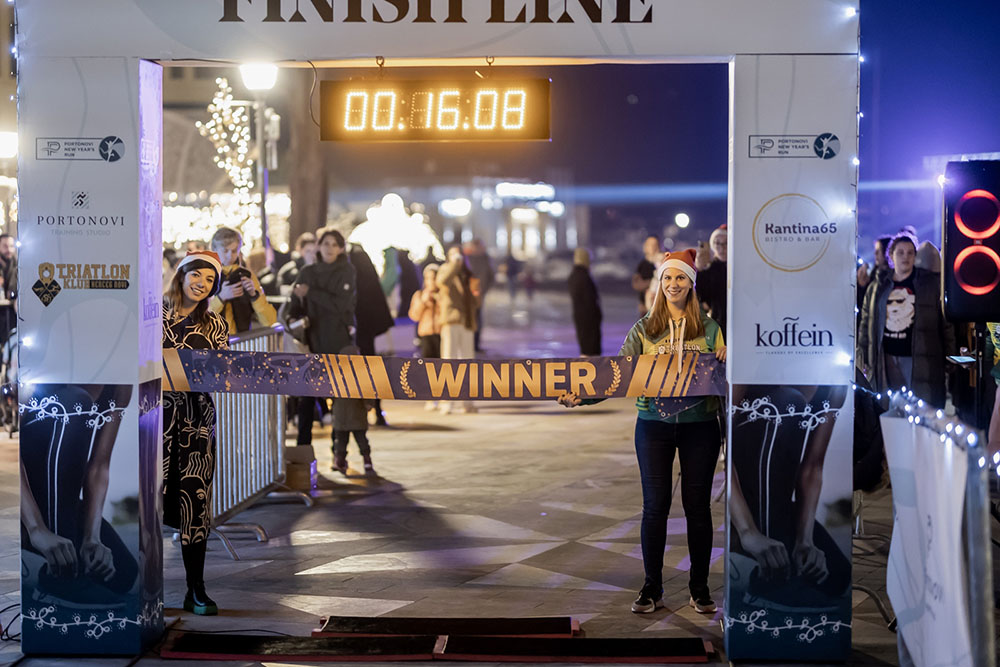