The largest ship-bookstore in the world has 500,000 books, most of which are in English. In addition to fiction and professional titles from numerous fields such as various branches of science, history, art, gastronomy, sports, hobbies, and religion, it also has an enviable collection of college textbooks for learning foreign languages, mathematics, geography, and history.

"Logos Hope" is 132.5 meters long and 21 meters wide, and the ship's crew consists of almost 300 people from 60 countries of the world. The Logos Hope crew organizes various events for the local population. In addition to numerous development programs on board, they also offer hands-on and leadership training for the locals.

"Logos Hope" was constructed in Germany in 1973, and it was built as a ferry named "Gustav Vasa", for the line across the Baltic Sea on the route from Malmö to Travemünde. Later, as "Norrona", it sailed in the North Sea and the Atlantic between Denmark, Norway, the Faroe Islands and Iceland, and GBA bought it in 2004, reconstructed it and adapted it to its new purpose as the largest bookshop ship in the world.

Under the new name, "Logos Hope" set sail in February 2009. Since then, it has sailed almost 110 thousand nautical miles in the seas and oceans, visited 118 ports in 70 countries, and hosted almost 7.9 million visitors. Over 8.1 million books were sold on the ship to date.

The ship will be in Portonovi Marina until November 21st, after which it will continue its journey and go to Greece. 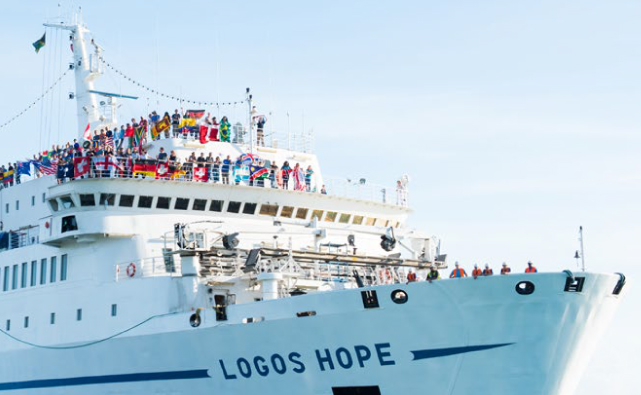