The first scenes of the feature movie "Forever Hold Your Peace" (Živi i zdravi), by Herceg Novi screenwriter, and director Ivan Marinović, were filmed in Portonovi, an attractive location whose charm and Mediterranean spirit added to this colorful comedy’s atmosphere.

The story begins when Dragana, a rebellious bride, decides she doesn't want to get married, two days before the wedding. Tihana Lazović from Croatia plays her character, and Goran Slavić, an actor from Herceg Novi, plays Momo, the groom. There are many other famous actors, so Goran Bogdan plays the best man, Snježana Sinovčić Šiškov from Split and Momčilo Pićurić from Podgorica, play the groom's parents. On the bride’s side, there are her parents, Serbian actress Mirjana Joković and Dejan Đonović, an actor from Herceg Novi, while her maid of honor is played by Dragana Dabović, also from Herceg Novi.

Director and screenwriter Ivan Marinović said that the movie deals with weddings, the generation of millennials, and their decisions and dilemmas about getting married and starting a family.

"I always collect anecdotes through my work, characters I grew up with, and I also like to include the space in which I live, and specifically, that space is Boka, Herceg Novi, and Luštica. I believe it is an interesting universe for cinematography, so I stick to it," said Marinović.

Almost the entire movie is being filmed on the territory of Herceg Novi, and the very beginning is in Portonovi.

"We are very happy to have the support of Portonovi. I believe that the movie will be very affirmative for both the town and Montenegro. It is a comedy, a movie that will be beautiful, aesthetically pleasing... The project is very ambitious, collectively there are great expectations. We have all the preconditions for the film to be watched, and my goal is to shoot a witty and touching story that will last a long time, one that will have the audience returning several times," said Marinović.

Portonovi is one of the movie's sponsors, so marketing and communications manager, Adrijana Husić, pointed out that it is interesting for both Portonovi and Montenegro, to be placed on the map of destinations recognized as locations interesting for filming.

"It is a great pleasure for us that Ivan Marinović's movie "Forever Hold Your Peace" (Živi i zdravi) is filmed at Portonovi, and that Portonovi, as well as locations throughout Herceg Novi, will be part of this story. We believe that this is one of the ways to further promote Montenegro and everything we offer as a destination. This movie, as well as some other collaborations we are starting, shows that we are on the right path and that Montenegro has great potential when it comes to the film industry," said Husić.

Tihana Lazović, who plays the main female character, said that she was extremely satisfied with the film crew and that she was in Portonovi for the first time. She also said she was happy to get the opportunity to get to know Montenegro better during filming since she is of Montenegrin origin.

"I am very excited, everyone is positive, I think we will enjoy ourselves. I play the character of Dragana, a young woman in her late twenties, and she, like all young women of that age, feels the pressure of the patriarchal society and family that she must become a wife and mother. Dragana has questions on that subject, she did not get answers from either the society or the family, and she is struggling between what she wants and feels, and what the society expects from her," Lazović revealed.

The mostly Montenegrin movie produced by Adriatic Western, "Forever Hold Your Peace" (Živi i zdravi), is a co-production with five other countries. The partners are Sense Production from Serbia, Analog Vision from the Czech Republic, Kinorama from Croatia, Krug Film from Northern Macedonia, and Spok Film from Slovenia.

Marija Stojanović, the executive producer of the movie, said that this is a "real Yugoslavian movie", and it is also supported by pan-European funds - Creative Europe (Media) and the EU Commission (Eurimage).

"It is a special pleasure to thank the local authorities, the Municipality of Herceg Novi, the Tourism Organization of HN, and Portonovi, that in addition to wholeheartedly supporting, also hosted us," said Stojanović.

She said that she believes that by joining forces they will succeed in making a good movie.

"We have been developing the project for five years. I think that we have made all the necessary preparations and met conditions for the six-week filming ahead of us on locations Herceg Novi - Igalo, beginning at Portonovi, and later we move to Luštica where this fantastic wedding will take place," Stojanovic added.

"Forever Hold Your Peace" (Živi i zdravi) has already won two awards during its development: the Krzysztof Kieslowski Award for Best Screenplay at the Cannes Film Festival and the Excellence Award at the Sarajevo Film Festival. 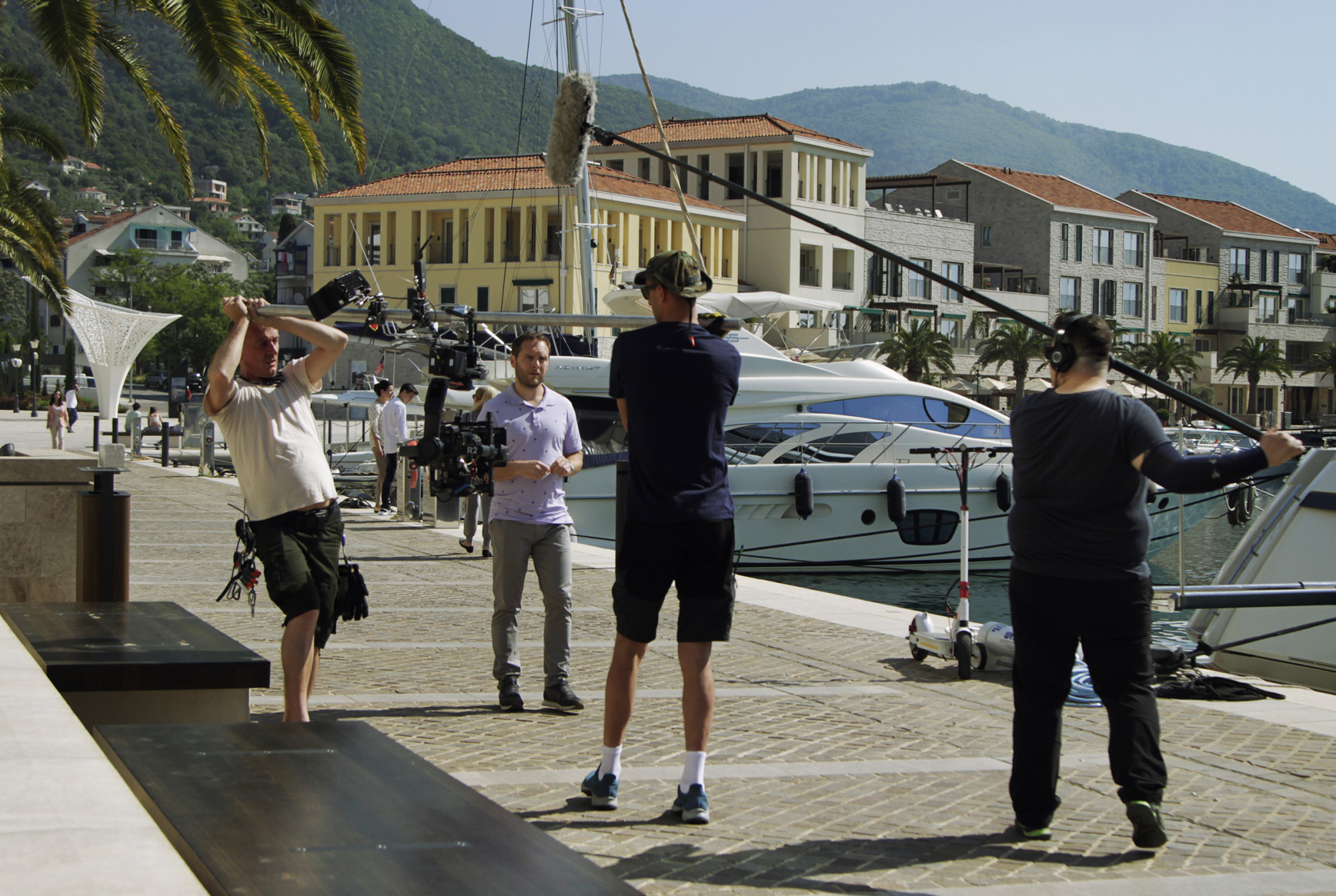