Once again, the luxury resort "Portonovi" successfully proved it is not only the center of nautical tourism but also of automobile tourism. As the host of the OneLife Rally, a unique show of luxury vehicles from all over the world, it attracted the attention of many visitors who enthusiastically viewed the modern editions of the auto industry. Engine sounds, leather seats, bright colors, and a futuristic look attracted the eyes of children and yacht owners.

Tonja Blatnik, OneLife Rally PR, explained that the rally primarily has a humanitarian note and that the drivers and participants donate money to those most vulnerable each year. This year, they chose children's homes "Mladost" from Bijela, "Maestral" from Split, and "Malči Beličeve" from Slovenia to receive donations.

"There are 100 luxury cars, drivers, and passengers with us. Our caravan has over 200 people from 30 different countries. It is our sixth edition. We started from Riga towards Warsaw and then visited Ljubljana, Trieste, and Split. Montenegro is the last visiting point," said Blatnik.

The head of the Marketing and Communications Department in "Portonovi," Adrijana Husić, pointed out the importance of tour organization and the multiple benefits reflected in the tourist presentation of the most popular Montenegrin settlement.

"What is characteristic of OneLife Rally is that every year, they get to know new destinations, which is a great recommendation for Montenegro as a destination for such and similar events. Since we announced the event, there has been great interest from both younger and older people. Throughout the day, "Portonovi" was filled with people from Herceg Novi and all of Montenegro. We were also pleased by calls from foreigners interested in this event."

The director of the OneLife Rally organization, Nik Papić, did not hide his enthusiasm for the marina. He said he found this an amazing advertisement for this part of the Balkans. He admitted that in addition to his passion for cars, there was also a great responsibility behind the organization.

"Organization is not simple. These are people who do not visit the Balkans often. We are glad to be able to show them the beauty our region and Montenegro have to offer. During the summer, 50 people work for us, and we don't even know the number of people we work with indirectly," said Papić.

Porsche, Bentley, and Maserati were just a few of the four-wheelers whose designs graced the popular Marina Square. Tourists were not lazy, so they used every free moment to take photos, record vehicles, talk with the owners and find out all the details about the most modern "toys."

One of the participants, the driver from Slovenia, Tomaš Pez, has not missed a single rally since 2018.

"The organization is excellent, a real exclusive," concluded Pez.

The event was supported by foreign companies, and the partners of this year's edition were OmegaPro and BetWinner. 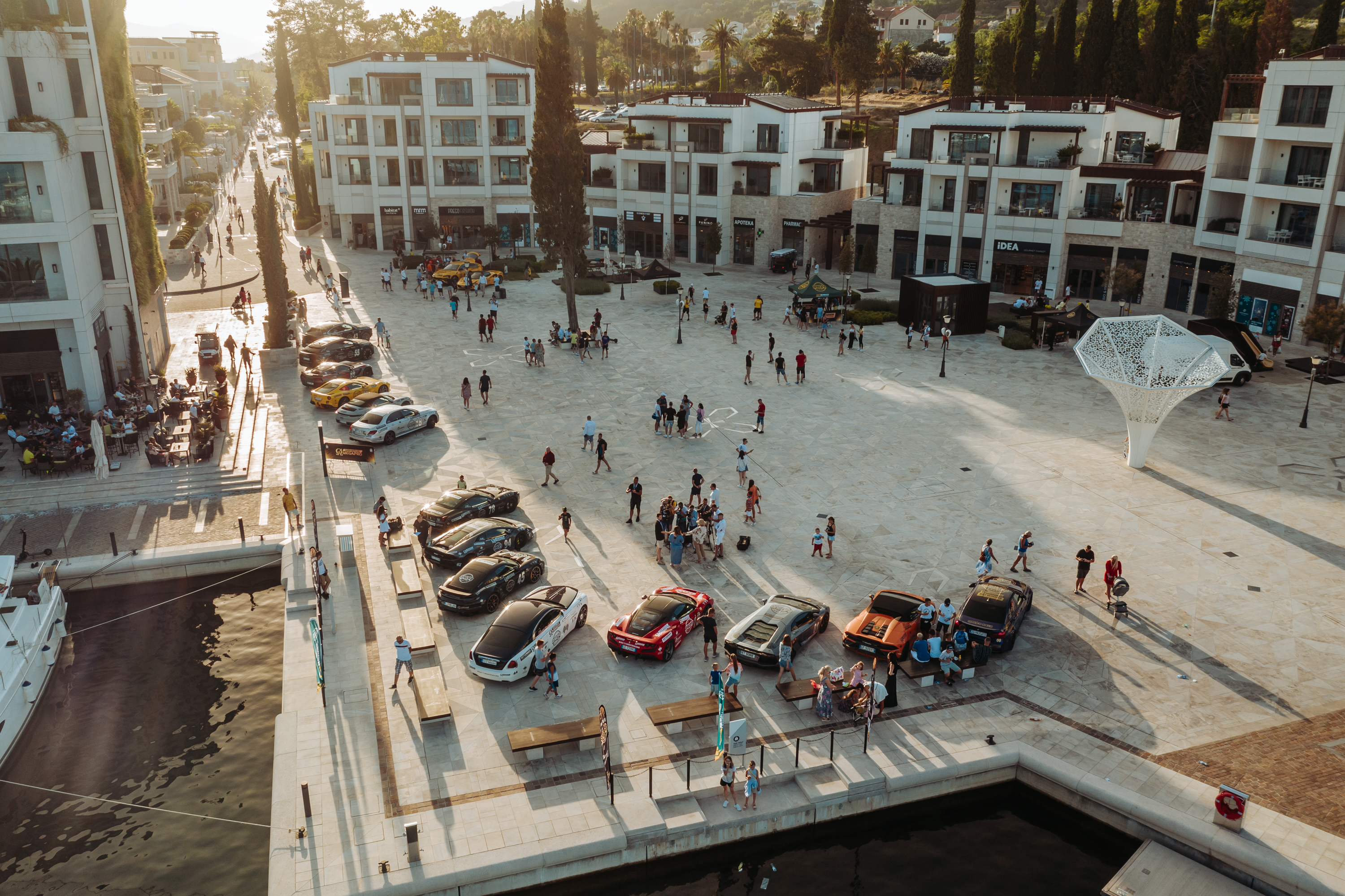