The Montenegrin audience is special - said Dutch house DJ and producer Fedde Le Grand, and added that when performing in Montenegro, he feels like he is performing in front of family and friends.

As Le Grand said for the MINA agency, there is something in Montenegro that makes him feel at home.

"People are open, very friendly, and enthusiastic. I've always felt like I could be from here," said Le Grand.

As per his opinion, the way he performs also plays a role in that.

"Whenever I perform in Montenegro, I always feel I am doing it for family and friends. I think that's why I've always had a great time here, without exception," said Le Grand.

Le Grand, who is staying in Portonovi on vacation, said that the destination is really special.

"In fact, shortly before the pandemic started, we came here for the first time and were amazed. We had one week without work commitments, so it was really great. Sofia then asked if we could go back," said Le Grand.

He said that he and his fiancée, Sofia DeVito, have been more or less everywhere in the world and pointed out that this place is unique for several reasons. "As far as I've noticed, it's always sunny here - I haven't seen rain yet. For us, this is the best place to rest," said Le Grand.

As he said, Kotor Old Town also brings back memories of Montenegro. "I liked it because it is part of history, and I was always interested in history. The first year I performed here, we clicked," said Le Grand.

This is DeVito’s second time here, and as she said, she visited numerous destinations with Fedde, but unfortunately, they often don't get a chance to get to know the cities they visit.

"But then, in 2019, when we came here, we had days to enjoy. Even then I said that this place is incredible. I really wanted to go back. And here we are," said DeVito.

Island Lady of the Rocks was the first choice for the well-known DJ who surprised his now fiancée here. A DJ who has been successfully performing at Top Hill for 12 years visited the newly opened Portonovi back in 2019. It was the Boka Bay tour, which was a surprise gift from Portonovi and Top Hill for him and his girlfriend at the time, that stayed in his mind and just recently they made here some new and remarkable moments together. 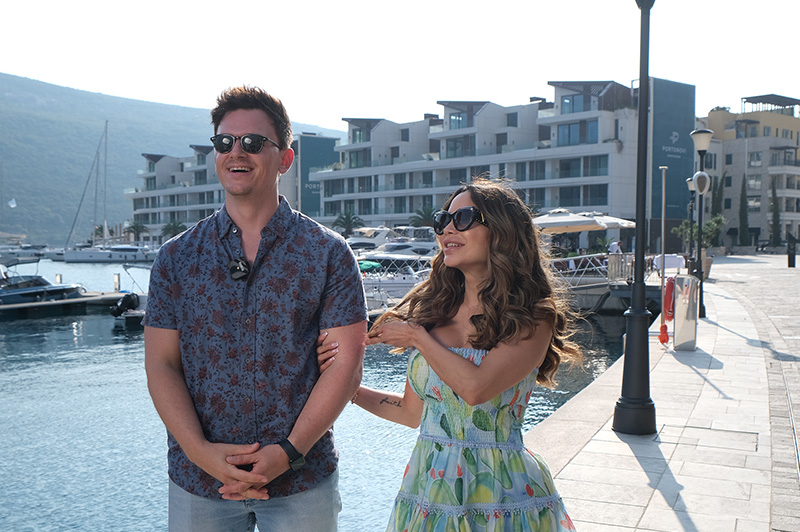