Last night, the traditional concert of the Local Music Đenović in Portonovi turned this settlement’s marina into an unforgettable festival for all generations. In addition to the hits New York, Hit the Road Jack, Let's Stick Together, and a mix of songs from the Balkans, the audience had the opportunity to hear the premiere of the song Quando, Quando, Quando, as well as Lady Gaga’s repertoire.

The night had a special charm primarily for Ines Kosović, who practiced hard for her first big performance, according to the President of the Local Music Đenović, Milica Matović.

"She’s a nine-year-old girl who plays the saxophone. We try to introduce every child to the world of our music by saving big concerts so that the child would remember his/her first performance. Currently, there are ten students at the Local Music Đenović School. Our conductor, Branko Rajačić, works with them."

She stated that in the future, they would turn more to the rock genre because their listeners think that it best suits their orchestra.

For the Head of the Marketing and Communications Department in Portonovi, Adrijana Husić, the local orchestra's concert carries significant value, especially because of the fact this confirms that during the settlement construction process, they insisted on cooperation with the local community.

"The Local Music Đenović have their traditional concert every year in Portonovi Marina, but it is also an integral part of various events that we do throughout the year. We always get positive feedback both from locals, who are used to this kind of entertainment and from foreigners who see this as a really wonderful way to get to know the local culture and tradition."

One of the Local Music Đenović managing members, Boris Malović, explained that the resort has a special atmosphere and that the connection of the sound with the location is always extremely important to them.

"When an orchestra plays with more than thirty members on stage, brass instruments in combination with guitar, you can expect the unusual. The audience is not used to that, but year after year, we teach them, and we will become recognisable."

He added that this summer they will have more than 30 guest appearances.

It was announced from Portonovi that DJ parties and concerts are planned, so we can already look forward to a performance by Goran Karan and a concert by Sergej Ćetković as part of "Wine Nights" this month. 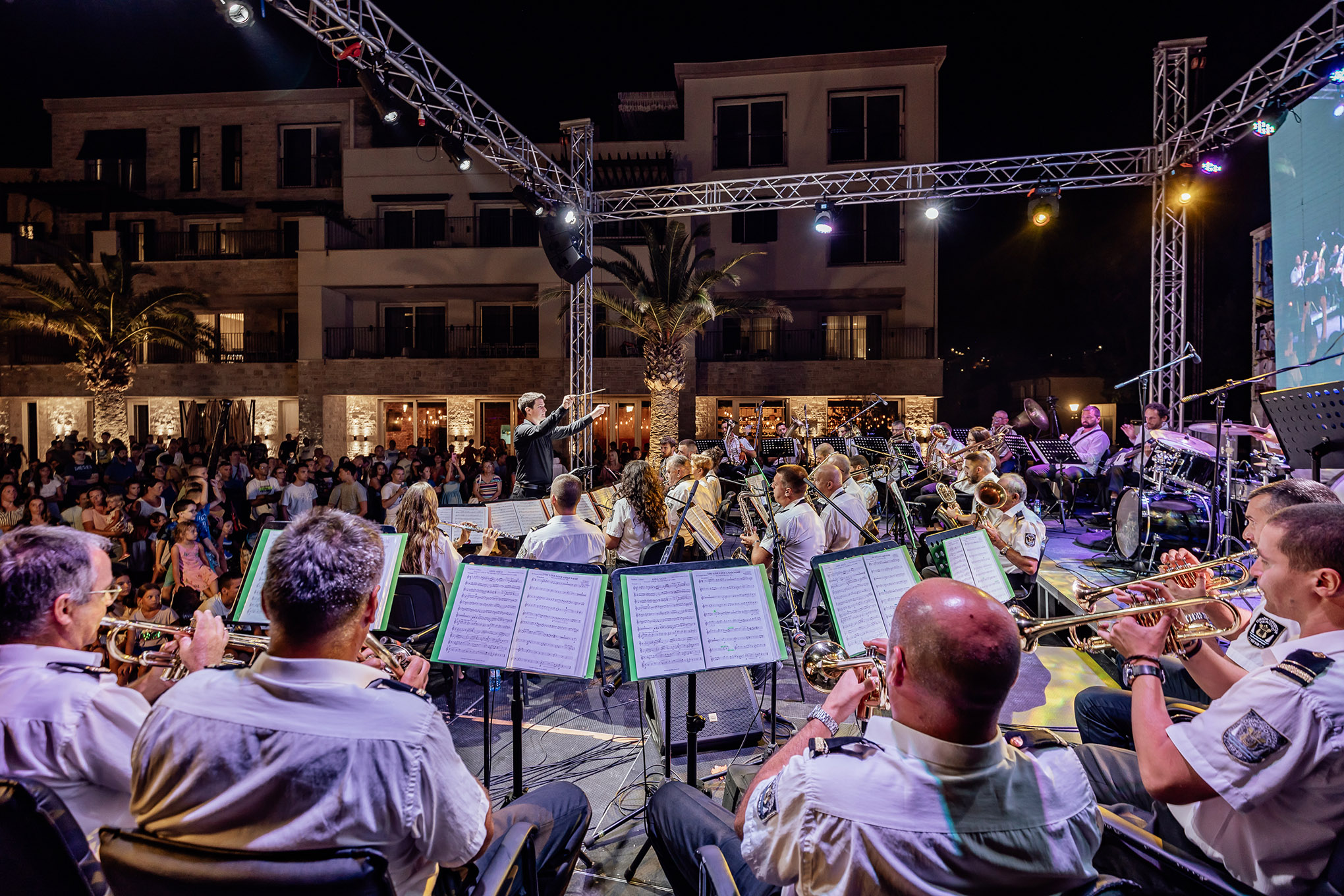